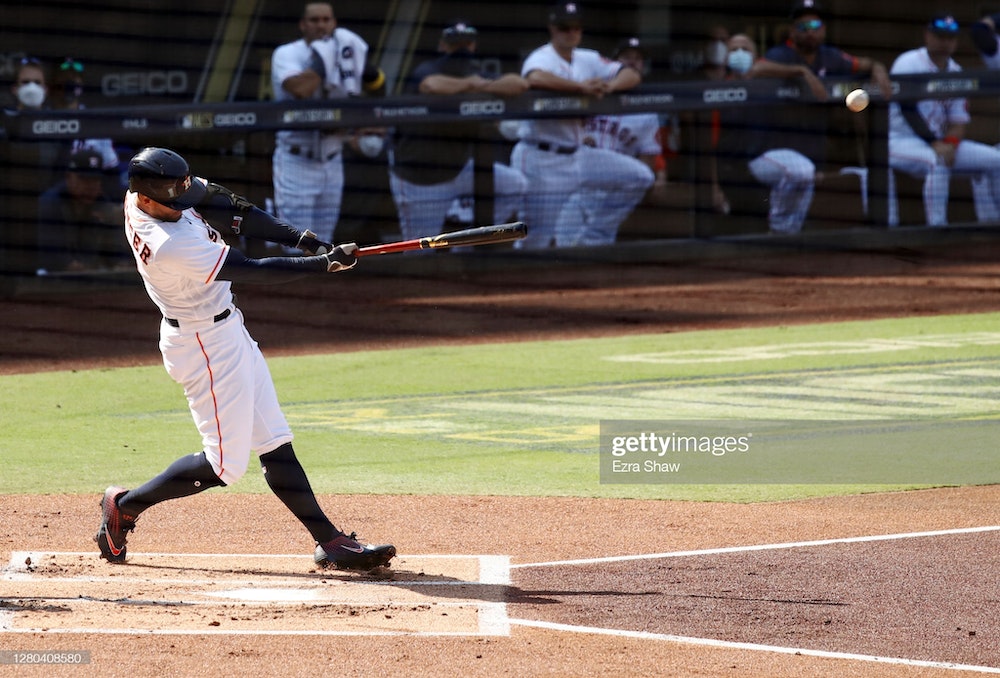 The offseason is in full swing, the Non-Tender Deadline has come and gone, and the Winter Meetings are set to kick-off virtually next week; teams will be inquiring about the services of free-agent outfielder George Springer. Springer has played his game as an Astro. Several teams have already begun the talks to lure Springer in, most notably, the Toronto Blue Jays and New York Mets.

Latest on Mets target George Springer: Blue Jays have been in touch with his reps on a weekly basis https://t.co/NOoRFDubkT pic.twitter.com/Jjr5snyUp2

WIth Springer no longer patrolling centerfield for the Astros, the question now is, who replaces him? One of the big names this offseason has been Marcell Ozuna. Ozuna had a great 2020 season with the Atlanta Braves. Posting a .338 BA/.636 SLG/1.067 OPS in a 60 game season. Ozuna would be a great fit for the Astros to replace Springer. The only problem with this is Ozuna is going to require a big-time contract. Ozuna made a bet with himself before the 2020 season by signing a one-year deal with the Atlanta Braves for $18MM.

Per Spotrac, the Astros have about $35MM to spend this offseason, with other areas that need to be addressed, such as the bullpen, second outfielder, and a starting pitcher to "fill in" for the injured Justin Verlander. So, that begs the million-dollar question, how does first-year general manager James Click deal with trying to fill these holes? That question remains to be answered, and it will be in due time.

My prediction for the Astros outfield issues is simple. If the Astros are willing to sacrifice a power bat within the lineup for a few months until the power-hitting Pedro Leon gets called up, the Astros can go out and sign Brian Goodwin and Hunter Renfroe unless the Astros can re-sign Michael Brantley to a two-year deal worth about $10-12 million, which is obviously much lower than what he was making when he signed with the Astros back in 2019. Click is familiar with Renfroe, which makes this signing ideal in the sense that Click can probably negotiate a deal for Renfroe and use whatever money left to sign a starting pitcher and veteran bullpen arm.

Starting pitching is going to the key for the Astros, at least in my opinion. The Astros will have Greinke for one more season and will need him to be the ace of this rotation. Lance McCullers Jr was tendered a contract before the deadline, so the terms of the deal have yet to be released, but the Astros will have him in the rotation next season. That leaves the middle and back end of the rotation. With Framber Valdez pitching as well as he did this past season, the Astros have something to build on for the next 4-5 years as Valdez will likely be the ace of this rotation from now on into 2022. Christian Javier is a solid piece that will fit into the mix soon, but I see Javier more of a bullpen arm that can come in a spot start on occasion. Jose Urquidy will likely fall to that 4th slot in the rotation, which leaves the number 5 starter, and that is the big question mark.

My prediction for the rotation is this the Astros will not go after Trevor Bauer. As much as Astros fans would like to have him in the rotation, his price tag will be too much for a team with minimal spending, especially in this economic market. I predict the Astros will finally give Forrest Whitley a shot. Whitley has been a player that Astros have coveted for too long. Not willing to trade him away, the Astros have held onto him because they see potential, and rightfully so. Their number one draft pick and top prospect has finally been added to the 40-man roster. This is huge for Whitley because this may be his only shot at making it to the Show. With that, Whitley will be the 5th starter for the Astros.

The final piece of the Astros going into this offseason is the bullpen. Roberto Osuna is gone. Chris Devenski is gone. Josh James is out for the 6-8 months after undergoing hip surgery. Cy Sneed is off to Japan. The Astros did pick up the option for Brooks Railey, which will help to go into 2021. Ryan Pressly will more than likely be the permanent closer unless something changes. But as of right now, Pressly is the closer. The Astros will have Andre Scrubb, Blake Taylor, Enoli Paredes, Joe Smith, and Austin Pruitt. Paredes could be a viable closer if Pressly does not pan out.

It will be interesting to see how Click and owner Jim Crane play this offseason. Crane has said that he is willing to open the checkbook, but given the circumstances and financial stability going into 2021, there are still lots that we still don't know. The window for a second championship is starting to close for the Houston Astros, and if they want to continue their postseason run, that will have to do it on the bats and arms of their current roster. Adding a couple of pieces will help but with star shortstop Carlos Correa entering free agency after the 2021 season and will more than likely demand a high price tag, the time to win is now. If not, look to the Astros to begin a mini rebuild in the near but hopefully distant future.

In the fall of 2017, Rip decided to return to school and enrolled at the University of Houston-Victoria. Rip graduated in 2019 with a Bachelor of Science in Kinesiology with a concentration in Sports Management. During this time, Rip started thinking about possibly doing a baseball podcast, and finally, in 2020, "The Rip Griffin Show" was born. Rip is also a staff writer covering MLB and the Houston Astros for Overtime Heroics (https://www.overtimeheroics.net/author/rip-griffin). 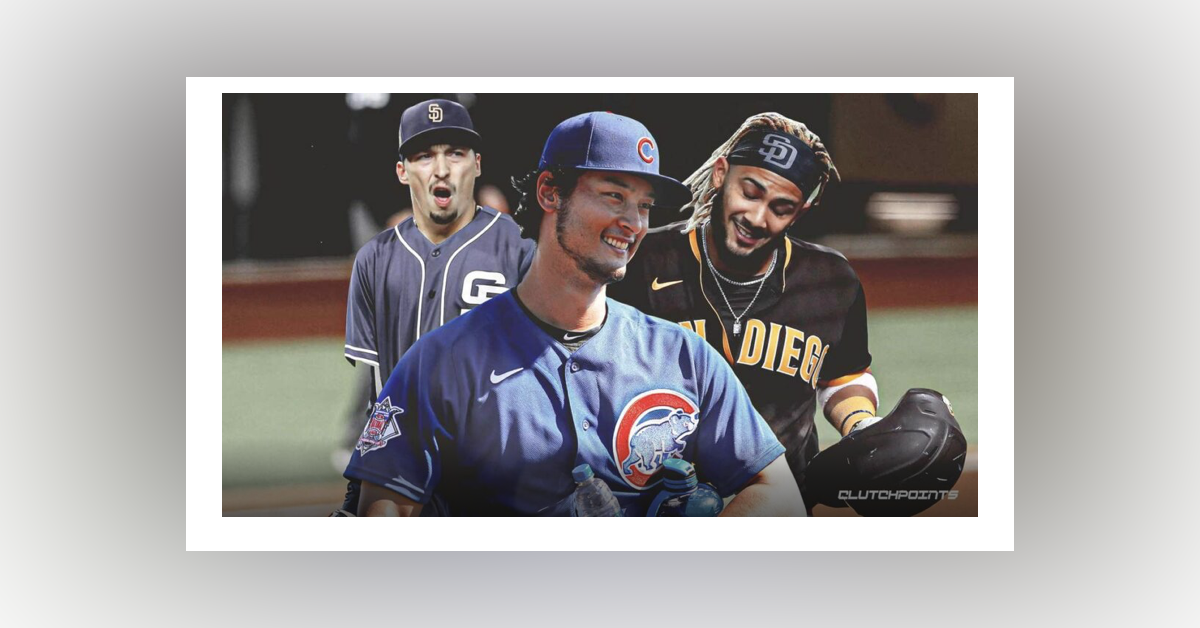 The San Diego Padres went into the 2020 offseason riding a high that got them to the National League Division Series for the first time since 2006. Since… 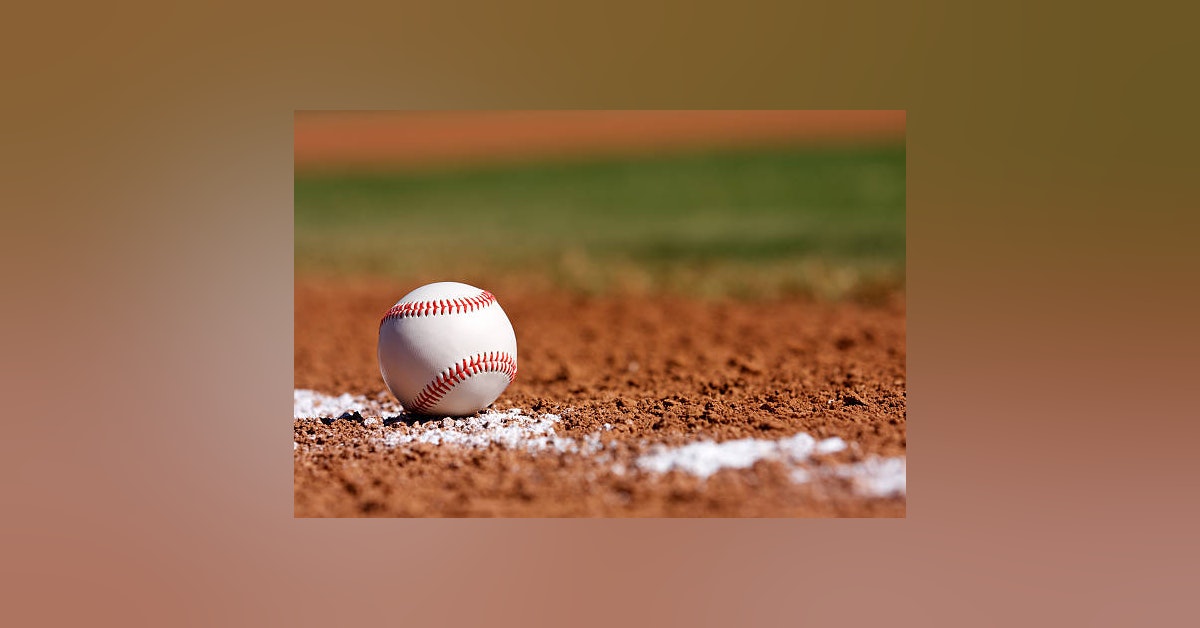 Getting a Second Chance

Baseball is a very humbling game. Players come and go, but the mutual respect for the game never goes away. I, unfortunately, never got to play the game …